As an Amazon Associate we earn from qualifying purchases when you buy through links on our site. Learn More 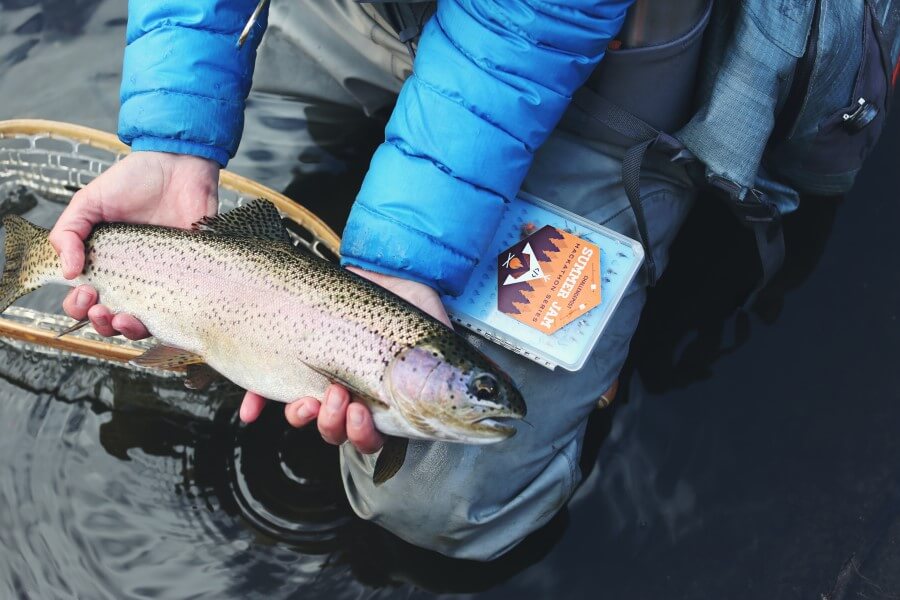 Preparing fish for eating is a process that can be greatly sped up if you use the right tools for the job. It’s a good idea to have all the tools you need readily available so you can get your fish filleted and ready to eat or be stored away. Skinning, scaling, or removing bones are the main tasks when prepping a fish fillet and many people have a variety of techniques they prefer to use depending on the species of fish. Having the right tool for the job can help you clean your fish faster and maximize the amount of meat you extract from the fish.

In this article, we’re going to look at a variety of electric and manual tools that you can use for removing scales and skinning fish. If you’ve got a large batch of fish to scale and clean, then you know the wrist strain can be intense. Electric fish scalers do some of the work for you and speed up the process, but manually scaling your fish doesn’t require a plug or battery, just your own elbow grease.

For skinning, a good pair of pliers tend to get the job done, but we recommend pliers that have a long nose and wide grip area so that you can get a solid grip on the skin when pulling it off. There are some tools we’re going to look at, such as the Skinzit, that is an electric fish skin remover.

Our Top 10 Fish Scalers and Skinners

Review of Our Top 10 Fish Scalers and Skinners

Now, let’s take a look at each of these in detail and help you decide which is right for your needs.

Plastic teeth that are dull compared to most metal scalers make this tool gentle on the flesh, but effective at removing scales. It’s not exactly clear why this tool works so well, but many people say that it doesn’t throw scales all over the place as bad as using a knife or some other scalers. As it turns out a metal scaler may not be the best solution, since we’ve seen such great performance with this plastic scaler.

According to Tackle Factory, the design of the Big Norm’s Magic Fish Scaler comes from the idea that one peg pulls a scale while the next peg keeps it from flying off, which minimizes the mess. While the pegs do have an edge, they aren’t sharp enough to pierce the flesh of the fish, but easily wedge between the scales and pull them off.

There are many ways to minimize the mess you have when scaling, such as scaling under water or doing it outdoors where it just doesn’t matter.

The great thing about Big Norm’s Scaler is that you don’t need to apply a lot of pressure to get the job done and the tool isn’t heavy.

Not only can you remove skin with the Skinzit, but you can also de-bone fish fillets as well. The Skinzit it meant to be used after you have removed the fillet from the fish, so you may need to change up your routine for cleaning. For example, many people remove the skin from catfish before cutting the fillet, so you may need to use a different cutting technique than you’re used to.

The Skinzit is a unique tool that’s capable of removing skin and rib bones from a wide variety of fish such as catfish, bass, perch, walleye, and other scaled fish. You are limited by the width of the tool since the fillet needs to be able to fit within the length of the blade and roller, which is about 7″. However, that’s large enough for even some salmon especially if you’ve trimmed the fillet.

Throttle control is key to removing the rib bones and as little meat as possible. You always want to start from the wide side of the fish fillet when positioning the Skinzit to remove either the skin or rib bones.

You can check out the video below for an example of the Skinzit being used on a few different fish fillets.

The Speder electric scaler uses a rechargeable battery and scrapes off scales with the stainless steel roller blade. While you can wash the blade with water it’s best to avoid submerging the handle in water to avoid possible leaks into the motor and battery chamber. The manufacturer does say the handle is fully submersible with IP7 waterproof level, but from our experience it’s risky with any electronics and you should avoid it if possible.

The Speder electric scaler uses a 12V, 2200mAh lithium-ion battery that charges in about 1.5 hours and will last 3-4 hours on a full charge, but this depends on how heavily you use it. Always make sure the silicone plug cover is firmly in place before using it to avoid water damage.

Even though the Speder electric fish scaler is water resistant, it’s still a good idea to avoid completely submerging it in water and only rinse off the blade while wiping down the rest of the scaler with a rag or towel. Before using it you want to make sure it’s fully charged and the silicone cap is covering the charging port. Some people prefer to scale underwater to minimize the mess, but we don’t recommend that with an electric scaler.

You do have the option to rotate the blade in either direction by changing the position of the power switch, so that means it’s friendly for left-handed or right-handed people.

Get comfortable with using the Speder scaler by using as little pressure as you can to avoid damaging the meat. Some fish are tougher than others so that just comes with experience, but customers have seen great performance with this electric scaler going against the scales or with them. One thing to be aware of is watching out for fins that the scraper may get caught on. You want to hold the fish firmly or use a fillet board with a clamp to hold the fish down so that you don’t accidentally pull you fingers toward the blade when holding the fish. For heavier fish, this isn’t much of an issue, but you want to hold the fish firmly in any case.

The rotating drum tumbles the fish against the rough inner surface of the drum to remove scales from large batches of fish without any effort from you. The drum sits inside a tub that collects the scales for easy disposal. Open Country claims the Tumble Drum Fish Scaler can handle up to 50 panfish at a time, but customers have said you get better performance if you don’t quite fill it up all the way.

The Open Country Sportsman Automatic Fish Scaler is best used with whole fish to avoid tearing up the carcass and meat. You can fit up to 50 panfish inside the drum, but it’s a good idea to test the scaler with different load sizes depending on the type of fish you caught. It’s a good idea to make each batch of fish contain similar length fish for the best results, and you don’t want to try and scale fish over 14 inches long.

It’s also best not to put too few fish in the drum and try to do batches of at least 10 depending on the size. For example, for your average batch of 12″ perch you would want at least 10 in the drum for the best results. Don’t mix up vastly different types of fish of different sizes or it just won’t work correctly.

Cleaning up after scaling a batch of fish is easy. All you have to do is pull out the drum and spray it with a hose and dispose of the scales however you would like. It’s always a good idea to wash out the drum and tub with some soap to keep things sanitary and avoid smells.

A simple skinning tool that grips fish skin with the wide nose and allows you to easily remove catfish skin. Many people like to use catfish skinning tools for removing the membrane from the back of pork or beef ribs as well. It’s much easier than trying to grip the membrane with your fingers and the wide nose lets you be sure the tool won’t slip.

When it comes to removing catfish skin, sometimes a simple tool is all you need. Electric fish skinners are great, but they can be expensive and aren’t something you can keep in your pocket for convenient use. These skinning pliers are corrosion resistant and a great addition to your tackle box.

We’re also going to look at some more manual fish scalers and skinners below, so if the electric models aren’t quite what you’re looking for then keep scrolling down!

This scaler collects the scales in the top chamber as you go for easy disposal. Hate dealing with scales getting thrown all over your kitchen? The Gnker scaler is probably the most convenient and sanitary options on this list if you’re wanting to scale your fish indoors. Trying to scale fish under water can be somewhat tricky since you can’t quite see what you’re doing, but this scaler’s design makes it easy to get every last scale removed with ease.

The only downside we’ve seen reported from customers is that it doesn’t handle larger, tough scales. You also need to make sure you scrape in the right direction to get the scales to collect in the top chamber.

If you buy fresh fish at a local market or grocery store, then you may not have all the typical tools that fishermen usually keep on hand. This is a great option if you want to scale fresh fish right in your kitchen and avoid having scales fly all over the place.

Whether you’re filleting with a knife or the electric Skinzit you’re likely going to have to deal with a few bones left behind occasionally. Some reliable tweezers are the best way to extract annoying bones before cooking your fillet.

Now, these pliers/tweezers aren’t marketed specifically for fish bones, but many so-called fish bone tweezers that we’ve run into can often be too large and end up leaving large holes in your fish. These tweezers by Xuron are a great choice if you want a fine-tipped plier that will extract bones with minimal footprint. When removing fish bones you want to be precise and avoid damaging the meat as much as possible, and these small pliers are ideal.